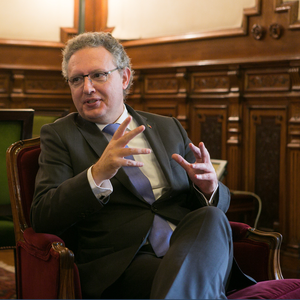 He joined the Administração Central do Estado in 1985 as a Senior Technician of the Regional Direction of Agriculture of Entre Douro e Minho.

Nuno was the founder and coordinator of Food and Safety Quality Group, where he developed technical and scientific activities in the area of Health and Food Safety, since 2010. He was also responsible for the application of Garrano to National Heritage. Additionally, he coordinated numerous projects for the valorisation of food resources, and he is the scientific coordinator of the Programa Conservação e Melhoramento das Raças Avícolas Portuguesas of the Programa de Desenvolvimento Rural between 2008-2010.

He was appointed Diretor Geral de Veterinária between November 2011 and march 2012, he took over the position as a General Director of Food and Veterinary sciences from April, 1 2012 till January 31 2013.

He was Secretário de Estado da Alimentação e da Investigação Agroalimetar between January 31 2013 and 2015, at the 19th Governo constitucional.

He assumed internationally, the position of Chief Veterinary (CVO), Delegado for Portugal at World Organisation for Animal Health (OIE), Manager Board of the European Medicine Agency (EMA), Vice-Chairman of Regional Steering Committee of the Global Framework of the Progressive Control of the Transboundary Animal Diseases (GF-TADs), Board Member of the European Association Animal Production and Board Member of the Veterinary European Transnational Network fro Nursing Education and Training (VETNNET).

He is the author of several national and international scientific and technical publications, in his area of specialty, as well as an scientific mentor and co-supervisor of several PhD and Master’s theses.