Author of the International Bestseller “Last Child in the Woods: Saving Our Children From Nature-Deficit Disorder”.

Richard Louv is a journalist and author of ten books, including Last Child in the Woods: Saving Our Children from Nature-Deficit Disorder; The Nature Principle; and Vitamin N.    His newest book is Our Wild Calling: How Connecting with Animals Can Transform Our Lives — and Save Theirs. Translated into 22 languages, his books have helped launch an international movement to connect children, their families and communities to nature.

He is co-founder and Chair Emeritus of the nonprofit Children & Nature Network, which supports a new nature movement.

In 2008, he was awarded the Audubon Medal, presented by the National Audubon Society. Prior recipients have included Rachel Carson, E. O. Wilson, Sir David Attenborough and President Jimmy Carter. Among other awards, Louv is also the recipient of the Cox Award for 2007, Clemson University’s highest honor for “sustained achievement in public service” and Garden Club of America’s 2020 Margaret Douglas Medal for “notable service to the cause of conservation education.”

He speaks frequently around the world, including American Academy of Pediatrics National Conference, first White House Summit on Environmental Education, the Congress of the New Urbanism, International Healthy Parks Conference in Melbourne, Australia, and the national Friends of Nature Conference in Beijing, China.

Louv has written for the New York Times, the Times of London, Parents Magazine and many other publications. He has appeared on CBS This Morning, NBC’s Today Show, ABC’s Good Morning America, NPR's Talk of the Nation. Married to Kathy Frederick Louv, he is the father of two young men, Jason and Matthew. He would rather hike than write. 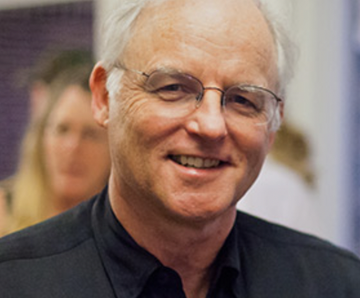