Professor and Cordinator of the Technology Department at Priors Court School

With a bachelor degree In Informatics by Faculdade de Ciências e Tecnologia da Universidade do Algarve in 2006, Nuno Guerreiro has also a post-graduation in Informatics Education by Universidade Aberta in 2013.

He worked as a professor in an Informatics group since 2006 to 2014 in different school in the South of Portugal and Azores. We tough in the primary school, secondary school and specialised teaching.

We works since 2015 in England at the foundation: Priors Court School. An independent school for children and young people with complex autism from 5 to 25 years old.

During is journey at the foundation he incorporated the role of professor and coordinator of the depart of technology leading innovative projects with he aim to promote the independence of his students and prepare them to the world of work.

The projects results have been recognised, standing out his work with Robots and Virtual Reality. With this project, in 2021, Priors Court School was a finalist in the BETT Awards in the category - Innovator of the year. 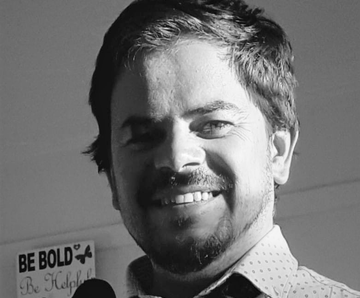