Sérgio Costa Araújo has been, since 2006, higher education teacher in Portugal. He is currently Invited Adjunct Professor at the city of Porto Polytechnic School of Education and a Collaborator Researcher at inED – Center for Research and Innovation in Education. Master in Development Studies in Social and Educational Sciences and recognized specialist in the field of social and behavioral sciences, he works mostly in socio-educational areas in thematic domains that includes fighting poverty and promoting social inclusion, with particular attention in the links between children's rights, poverty and exclusion. Over the past 23 years, in these domains, he has designed, monitored and implemented several action-research projects, particularly in critical urban territories in the Porto metropolitan area, seeing some of these actions recognized as examples of good practices by external entities. He has always developed his path in a European context and, therefore, has accumulated a unique knowledge about the path of social issues within the European Union over the last 23 years. He has participated in high-level meetings, including editions of the European Commission's European Forums on the Rights of the Child; The European Expert group on the transition from Institutional to Community-based Care, formally known as the Ad Hoc Expert Group on the transition from institutional care to community-based care; high-level conferences organized by presidencies of the Council of the European Union... He is a member of Eurochild and since 2009 a member of the European working group “Children in Alternative Care” (CiAC). Deinstitutionalization is one of his favoured subjects. He was also a member of the Expert Advisory Group of the pioneering Eurochild and UNICEF research project “DataCare Project” which comprehensively mapped child protection data systems in the 27 Member States of the European Union and the United Kingdom and which in 2023 is in its second phase of development. He is a member of the national Working Group on Child Poverty, promoted by EAPN / European Anti-Poverty Network. He is a member of the Advisory Board of the Portuguese AjudAjudar – Associação para a Promoção dos Direitos das Crianças e Jovens (Association for the Promotion of the Rights of Children and Young People). In 2020, he consolidated his status as an expert on the topic “Poverty and Children's Rights in the Social Dimension of the European Union”, in the context of providing formal public evidence. He makes his own the assertion of Kant that he likes to quote from memory: theory without practice is empty, practice without theory is blind. Contact – sergiocostaaraujo@gmail.com 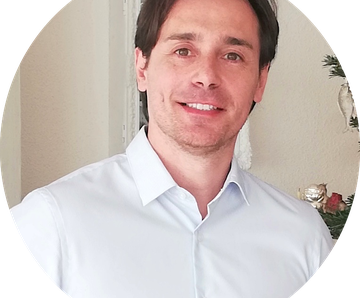