1991 – 1998 Head of the Department of Social Sciences, University of Torino

1975 – 1986 Associate professor in sociology of the family at the University of
Trento, Italy

1968 – 1975 Research assistant in sociology at the University of Trento

Participation in EU funded TSER-Projects on:

2002 – 2003 Indicators of social quality, co-ordinated by the European Foundation for Social Quality

1999 – 2001 Chair of the Italian Poverty Commission at the Prime Minister Office, after having been member of the same Commission for various years.

1995 – 2001 Consultant to the Minister of Social Affairs on issues concerning poverty and social exclusion and family policies. In this capacity, she was member of government commissions on the reform of the welfare state and monitored the experimental introduction of an income support measure (RMI) in selected Italian municipalities.

1990 – 1994 Italian expert in the EC Observatory on Policies for Combating Social Exclusion.

2007 – Member of the board of the Foundation Unidea and of the Fondazione Gorrieri.

2005 – 2009 Collaboration with the Maastricht School of Governance for a PhD program on comparative social policies.

1999 – 2008 Participation in the Consiglio Generale of the main Italian Foundation, la Compagnia di S. Paolo for two terms, first as representative of the municipality of Torino and then as distinguished scholar

05 1997 Distinguished scholar of the Danish Academy of Social Sciences

05 1986 Invited professor at the Ph. D. Program in Sociology at the Department of Sociology, Universidad Autonoma, Barcelona

2010 The “Bogianen” distinction by the Chamber of Commerce, Piemont, Italy Honoured for her academic work as well as for her commitment against social inequality. "Bogianen" comes from the Piedmontese dialect, means fearless, persistent.

Member of the board of editors of the following journals: 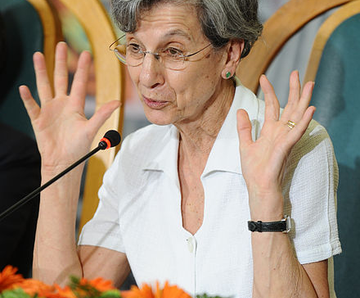