Ana Cláudia Mendes Chasqueira has a bachelor degree in Health and Clinical Psychology by the ISPA and postgraduate in Advising and Behavioural and Cognitive Psycotherapy of children and adolecents in the APTCCi. She is a member of the Order of Portuguese Psychologists. She is certified and trained in the clinical practice of coursed ADI-R (Austism Diagnostic Interview-Revised) and ADOS 2 (Austism Diagbostic Observation Schedule). 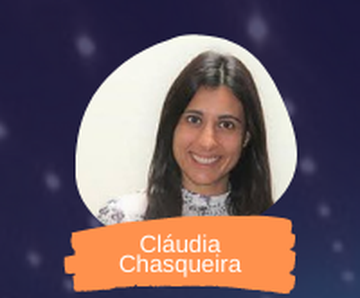