Mary Theodoropoulou, being an adoptee herself, started as an activist for the Rights of adult adoptees to search for their biological family in the beginning of 1995. In 1999, she founded the Non Governmental Organization Roots Research Center. Her goal is to advocate and promote the rights of adult adoptees and the rights of children in alternative care. Mary, through the NGO, played an important role in the promotion and support of alternative care in Greece with the goal of deinstitutionalization. In addition, she has contributed in the biological family search by hundreds of adult adoptees which provided her with a deep knowledge of the adoption systems in Greece over the last 100 years. Her book, “Maria 43668′′ is a historical research of institutionalization, roots research and adoption in Greece.

During 2003-2006 she was trained by John Triseliotis, Emeritus Professor of Social Work at the University of Strathclyde, on adoption family search and reunion of biological families, foster care systems, support and counseling practices for careleavers and prospective adoption and foster parents. During her career she has received ongoing training by international organizations on deinstitutionalization and on roots research (Eurochild, Fairstart, IFCO, Hope and Homes). She is a member of International Organizations of adopted people who advocate for their right to their identity.

Representing Roots Research Center, she is a member of the European Network “EUROCHILD” for the “children without parental care” section, for many years. She has collaborated with European organizations and programs (in 2011 the Speak UP European program, in 2015-2017 national coordinator of the “opening doors for Europe’s children” European campaign and more). She has presented several speeches and proposals at international conferences such as Eurochild conferences in Brussels and other EU capitals and conferences by the European Expert Group (EEG) on the transition from institutional to community-based care. She has also contributed to the organization of national and international conferences in Greece.

Today she counsels adult adoptees, prospective adoption and foster parents. She continues to actively pursue activism in defense of the rights of the Child, with the ultimate goal being the deinstitutionalization of children and young people living in care. 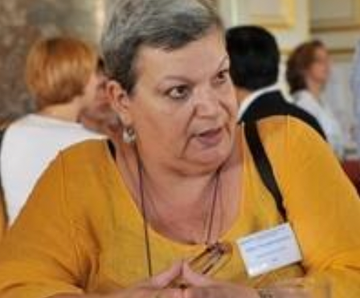