President of the Portuguese Telemedicine Association

Cardiologist and President of the Portuguese Telemedicine Association

Dr. Castela was nominated Director of Services till November 16, 2017.

He started the Telemedicine project in 1995.

The first “teleconsultation” was in 1998 in collaboration with district hospitals in which national and PALOP’s pediatrics, cardiologists, and obstetricians were able to develop knowledge and skills and

The Centro Hospitalar de Trás-os-Montes e dos PALOP, supported by the PT and ARS, was founded 20 years ago and it reunites all the District Hospitals of the Region. Giving equal access to pediatric and fetal cardiologic to utentes of the Center Region, which later extended to the north of the country and PALOP was a priority.

He organized courses, congresses, and other educational reunions to Angola, Cape Verde, and S.Tomé.

In 2006 the protocol that created the “Telemedicine Urgences Services 24/24h” was signed with all the district hospitals connected to the project.

He coordinated reunions and scientific meetings and has achieved notorious developments for pediatric cardiology and the Central Region of the country.

“Fetal cardiology did not exist, transesophageal echocardiography  and telemedicine, project that idealised and without it, it wouldn’t exist so soon.” Service of Paediatrics Cardiology in the Central Region”

Member of the following Commissions:

National Commission of Maternal and Child Health nominated by the MS

Registered in Ordem dos Médicos/ the Medical Association, with nº 19684

Founding Member of the Child Health Association of Coimbra (ASIC)

Member of the Echocardiography Study Group/Doppler-Portugal

Member of the Center for Perinatal Studies

The SCP was recognized as a Service of Excellence by the Hospital Center of Coimbra.

Dr.Eduardo Castela received the following awards from the Minister of Health:

Tribute of the City Council of Coimbra, recognizing the work and 10 years of Telemedicine/Telehealth.

Distinguished by the Minister of Health with the Medal of Professional Merit, Gold, 2018

In 1991, Doctor Castela created the Fetal Cardiology consultation in Coimbra. And he implemented transesophageal echocardiography, which was an unknown practice in Portugal till that time, in adult and pediatric cardiology.

In 1998 the Telehealth service, with the support of Portugal Telecom, was extended to all district hospitals in the central region, Vila Real, Luanda, Benguela, Praia, Mindelo, and S. Tomé.

It created conditions for the Serviços de Pediatria do Centro / Center's Pediatric Services for the practice of telemedicine/telehealth and for professionals being capable of responding in real-time.

Dr. Castela/He was nominated the Internal Promoter of Telemedicine/Telehealth by the CA of CHUC and representative of the OM in the National Council of Telehealth.

He always worked exclusively on the SNS.

He is writing a book about the History of Telemedicine/Telehealth in Portugal. 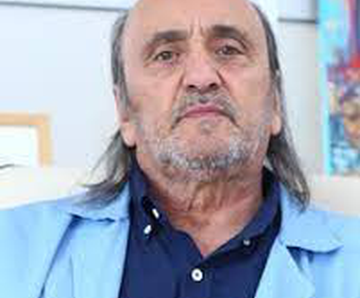