Director of the NGO Save Ukraine

Mr. Kuleba has been working in child rescue for 20 years. Now, he is the Director of the NGO Save Ukraine, which was established in 2014 to provide assistance to vulnerable populations in the war zone in Ukraine. Currently, Save Ukraine is providing assistance to orphans, children with disabilities, and low- income families affected by war in Ukraine and is conducting evacuation operations of children.

As of now, Save Ukraine evacuated over 71,500 families from combat zones; created a network of 15 partner hubs throughout Ukraine; opened 2 Hope and Healing Centers that can accommodate up to 400 vulnerable women and children receiving psychosocial help; established the Sexual Abuse Survivors Center. Numerous other social projects aimed to help people affected by war are being

Previously, Mr. Kuleba served as the Commissioner for Children’s Rights in the Office of the President of Ukraine. During that time, he initiated and implemented considerable changes in the Ukrainian child protection system.

Mr. Kuleba graduated in 2007 from the European University of Finance, Information Systems, Management and Business with a Bachelor of Management and in 2008, he received a Master's degree in marketing. 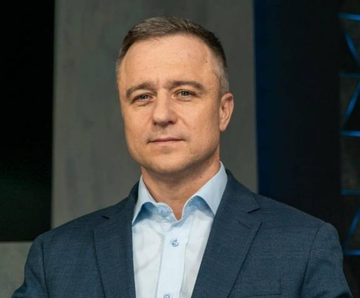